With the increase of product types and the development of packaging technology and processes, there are more and more types of shrink films, such as PE, POF, PVC, BOPP, PETG, PVDC, etc., which are widely used in the packaging field, such as shrink sleeves, bundled packaging, casing film and other forms used to package food, medicine, tobacco, electronic products, automobiles, daily chemical products and other products. Different products have different shapes and sizes, which requires the excellent shrink performance of shrink film, to meet different product packaging requirements.

The factors that affect the shrink performance of the film include the shrinkage rate, shrinking force and contracting force generated during the shrinking process. If the three indexes mentioned above are poor or not applicable to the product, the film may not be tight and cannot fit the product properly, which may even cause the product to be crushed. At present, the test methods for film shrinkage are mainly oil bath method, drying oven method and air heating method.

Specific sized specimen is placed into a heat transfer oil (e.g. silicone oil) at a certain temperature to be heated for shrinkage testing. After a certain period of time, the specimen is taken out, and the size of the specimen after heating process is measured. The ratio of the dimension before and after heating process is the shrinkage ratio. The ratio is the shrinkage of the sample. Related standards e.g. GB/T 13519-2016: Polyethylene heat-shrinkable film for packaging applications, requires an oil bath temperature of 140 °C and shrinking time of 20s. The testing equipment using oil bath method is shown in Figure 2. 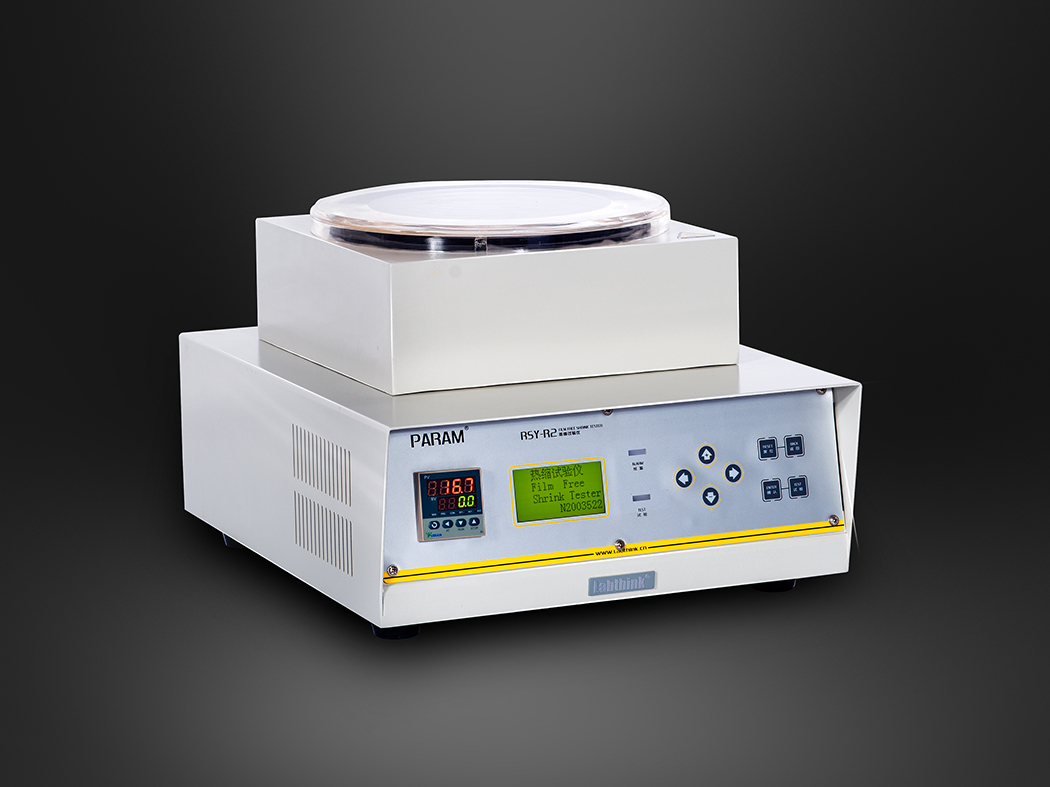 A sample of a certain size is placed in an oven at a certain temperature. After reaching a specified time, the sample is taken out and the size of the sample is measured. The ratio of the dimensional change value to the size before shrinkage is calculated as the shrinkage rate of the sample. Relevant standards are GB/T 12027-2004：Plastics-Film and Sheeting-Determination of Dimensional Change on Heating and GB/T 10003-2008: Biaxially oriented polypropylene (BOPP) film for general use. The former places samples in kaolin. On the bed, the temperature and time of the test are determined according to the specific sample, which requires the sample to be placed on a stain-less steel plate at a test temperature of 120° C. and a time of 120 s.

Labthink Instruments Co., Ltd is one professional manufacturer that specializes in research & development and manufacturing of packaging testing instruments and providing packaging testing services. Now the thermal shrinkage testers with all of the three test methods mentioned above are all available.

For more details about our company and our packaging testing instruments, please visit en.labthink.com.

Need help or have a question? For more information on how Labthink can help your company profit through testing, please Click the button.