Separation membranes selectively separate gases, and the separation coefficient of gases is a key performance index in measuring separation effect. In this paper, by testing the permeability of nitrogen and carbon dioxide to a certain membrane sample, the separation ability of the sample to nitrogen and carbon dioxide is evaluated. The test principle, the parameters, application of the pressure differential method testing equipment, and the test process are introduced. Reference for the analysis and test of the separation effect of the membrane is provided.

In this experiment, a gas separation membrane was used to test the separation effect of the sample on nitrogen (N2) and carbon dioxide (CO2).

The sample was tested on the VAC-VBS differential pressure gas permeability tester developed and manufactured by Labthink Instruments. 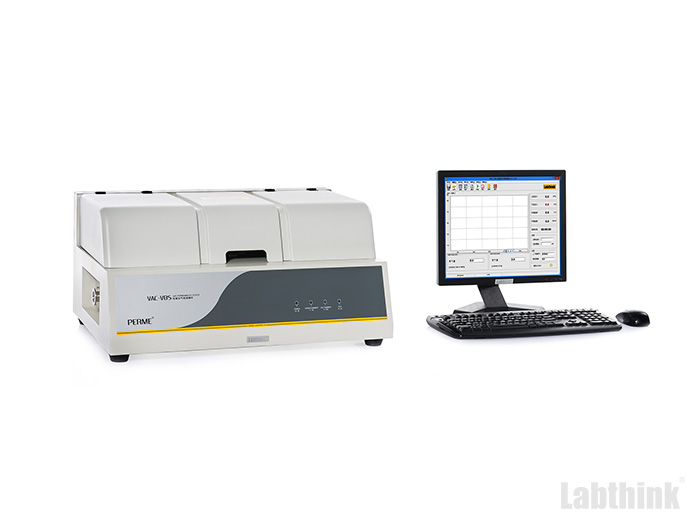 Three specimens with a diameter of 97 mm are cut from the surface of the sample and the thickness of the specimens is measured.

Need help or have a question? For more information on how Labthink can help your company profit through testing, please Click the button.